What is the Difference Between Lithium and Lithium-ion (Li-ion) Batteries? 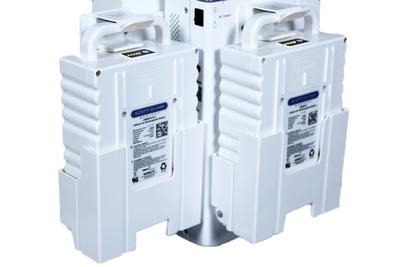 Lithium-metal and lithium-ion batteries are at the forefront of battery technology. Lithium-metal batteries are energy-dense and disposable, powering everything from smoke detectors and remote-control devices to flashlights and wristwatches.

On the other hand, lithium-ion batteries are used in digital cameras, laptops, cell phones, and electric and hybrid cars. Products for which rechargeability is essential.

In a medical setting, rechargeable batteries are a necessity, keeping vital equipment powered for continuous use by medical personnel.

What is a Battery?

An electric battery is an electrochemical device that stores and converts chemical energy into electrical energy to power various consumer, industrial, and military products. While experiments in battery technology can be traced to Benjamin Franklin in the 18th century, the first true batteries were invented in the 19th century. Lithium batteries are developments of the 20th century, however, appearing from the 1960s onward.

A battery comprises three components: a negative electrode (anode), a positive electrode (cathode), and an electrolyte, through which electrons flow during charging and discharging.

There are two types of lithium batteries: lithium metal and lithium-ion. Both types of batteries are designed to store and deliver portable electric current to a device.

There are also rechargeable lithium polymer batteries that substitute a polymer electrolyte for a liquid one, saving weight and increasing energy density for specialized applications. The electrolyte in a conventional lithium battery typically consists of lithium salts in a solvent.

The advantage of non-rechargeable lithium batteries is that they possess a higher energy density, are less complex and relatively inexpensive to manufacture — thereby costing the consumer less — and have a long life. A primary lithium battery can sit on the shelf for years without degrading.

Most people are familiar with disposable lithium batteries, such as button and coin cell 1.5-volt batteries used in electronic devices, such as wristwatches and digital scales.

On the downside, lithium-ion batteries are highly susceptible to heat and degrade rapidly when exposed to high temperatures. Compared with the relatively simple disposable lithium permanent battery, a rechargeable lithium-ion battery pack requires a miniature onboard computer, called a battery charge state monitor, which contributes to the expense of production. Lithium-ion batteries also deteriorate more rapidly, resulting in shelf life of approximately 2–3 years. 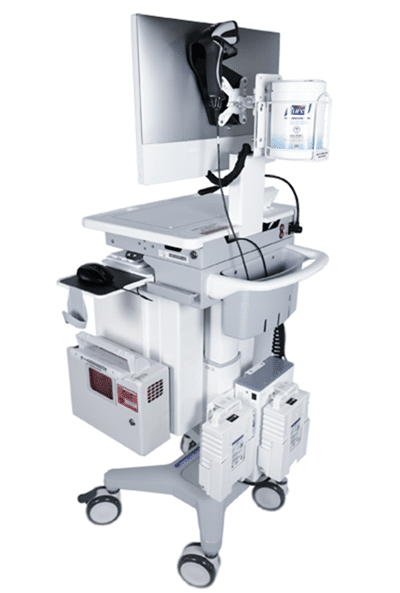 One of the many applications for rechargeable lithium-ion batteries is in the context of computer carts in a medical facility. Medical carts need a mobile power system with a long battery life to keep their electronics, including computer workstations, functional at all times. Medical carts, especially crash carts, must remain mobile; therefore, an onboard power system is critical.

When one of the LFP batteries begins to lose power, you can simply remove it from the docking holster for charging. The hot-swappable functionality ensures that you experience no interruption in power during removal. The LFP battery recharges in 2½ hours, has a long shelf life, and can last for 3,000–5,000 discharge cycles.

The ideal lithium-ion battery for this application should have a low self-discharge rate and a clearly visible state-of-charge indicator. That way, you can check, at a glance, whether the battery needs to be charged, so there’s nothing to distract you from the task at hand. A visual indicator is preferable to an audible one for this reason. When the remaining charge drops to less than 20 minutes, a flashing light alerts medical staff.

If you’re seeking modularity, you can also retrofit LFP batteries to existing medical carts, improving efficiency in the process.

Although these batteries are often highly reliable, a reputable manufacturer should also offer a warranty, ensuring that you gain the most from your new system.

At Scott-Clark Medical, we design and manufacture state-of-the-art lithium-ion cell batteries and mobile carts for the fast-paced environment of a hospital or other medical facility. We understand the importance of having a mobile power source available at all times, and our batteries are durable, reliable, and long-lasting.

If you’re searching for a battery pack or power system for your medical carts, give us a call at (512) 756-7300. We’ll guide you through the process, whether that’s a custom system, retrofitting your existing equipment, or setting you up with new inventory.