Method
We are often asked, “How long does your battery last?” The answer is that it depends on the cart’s components. Our sales staff have found that this does not usually satisfy the questioner, so we set out to find a benchmark answer to better inform. Our best answer is twenty four hours. At any time or at the end of each period of use, a cart user can stop and recharge at a wall outlet or exchange our Hybrid battery with a fully charged battery at one of the Charge Stations.

Our effort was to not only find a more satisfying answer, but to find the best answer. To do so, we searched for computers, displays and other energy-dependent components that operate well in the rugged hospital environment at minimal energy cost. We looked among new products from industry leaders for low-energy/high performance computers and large screen displays. Such a search is never-ending because innovation continues, but we did compile a surprising kit.

Cart computers are fundamentally gateways between a hospital’s data center and a computer display, and we found a new group of processors from Intel optimized for just that. They are not engineered for CAD or heavy computing tasks, but have wide transmission channels and require little energy.

Most mobile workstations will support computers and displays designed for desktop use where wall outlets are the power source. That power source is easy to design into a cart, and we do-it permits common support of desktop and mobile computers. That requires components that increase the electrical load on the carts, shorten the time between charges and shorten battery life. A typical desktop computer and display will operate on one of our batteries for 7-9 hours instead of the 24 hours for computers and displays built with the requirements more carefully defined.

Why don’t all carts allow 24 hours of continuous use? It depends on the computer, display and other choices in addition to the chosen battery system.

Benefits
All battery powered devices require recharge, and a longer period between required recharge is good. Today’s cell phones can usually last two days on a charge, which is about right. If recharging is overlooked one day, the phone is still useful the next. A computer cart that can operate for 20 hours between charges is very much better than one that requires attention at eight hours. The first can be a shift change event, while the second will divert attention sometime during each shift and be One More Thing to Worry About. The 20 hour feature also allows for a nice grace period in case the charge renewal is not done as scheduled.

A battery’s lifetime is measured in recharge cycles, so fewer charges each week allows a longer useful life.

Our new configuration operates at just under 15 watts over the course of a shift. A typical mobile cart will operate at about 50 watts, which is why a common answer to the How Long question is “Eight hours.”

Cart Selection Committees will find our Rounding and MedCart products in the low end of purchase and operational costs and the high end of durability and convenience.

Large high performance medical grade monitors are more costly than those intended for desktops
Our new efficient computers are lower cost than comparable major brand desktop models
Our cart frames and drawer systems are in the middle rage for cost
Volume discounts and support contracts are available
Carts arrive at customer sites integrated or ready for assembly, according to the preference of our customers 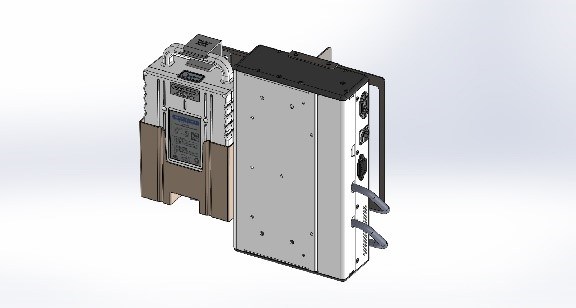 Scott Clark Medical mobile workstation products are available from select resellers and integrators, including Dell-EMC and Thundercat Technology under SEWP V
We can be reached at 512-756-7300, Central time zone or [email protected]