Reasons to Use Life Batteries for Your Powered Mobile Computer Cart 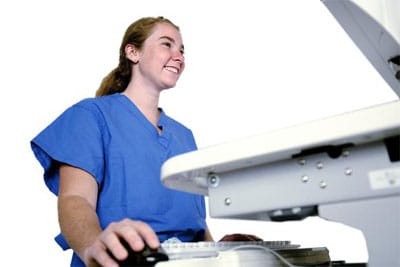 A “Life battery” is a colloquial term for a Lithium-Iron-Phosphate (LiFePO4) battery, simply using the chemical symbols for lithium and iron to form the word “Life,” making it easier to remember.

Although this type of mobile workstation power system is not yet as widespread or as well-known as the two most common options, Sealed Lead-Acid (SLA) and Lithium-Ion batteries (Li-ion), the technology behind Life batteries is a superior option to both.

As a battery technology, Lithium-Iron-Phosphate (LiFePO4 or LFP) is not a new invention. It is a derivative of the standard Lithium-Ion (Li-ion) battery first discovered in the late 1990s, employing lithium-iron-phosphate as a cathode material instead of lithium-cobalt-oxide.

Although this material can be found naturally (in a mineral called triphylite), it isn’t pure enough for use in batteries. The LFP compounds found in batteries are synthetic, made from individual primary materials such as iron and lithium salts and phosphoric acid.

However, the primary reason LiFePO4 did not take off as quickly as standard lithium-ion was because of the chemical compound’s relatively low conductivity. Over time, the battery chemistry and technology improved until composites with carbon (LiFePO4/C) became feasible, enhancing their performance and practical viability for use in batteries.

Today, LiFePO4 batteries are viable in many practical applications, such as home energy storage (for use during power outages), as the power bank for a home solar-powered lighting system, in transportation (notably latest-generation electric cars), and as the battery system for mobile computers on wheels. 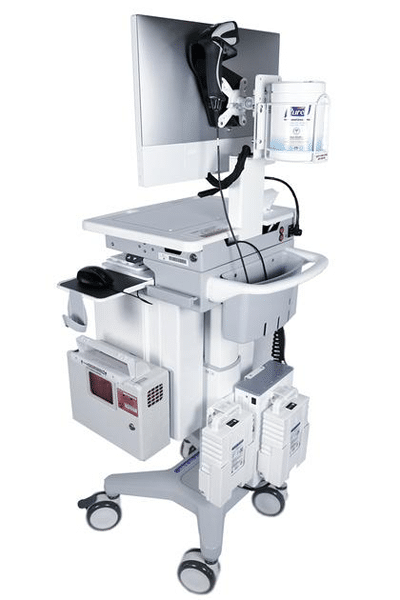 One of the most critical characteristics of a Life battery is its high degree of safety, particularly during load (charging and discharging).

Standard lithium-ion batteries are well-known for having faster charging times (4-5 hours on average) than sealed lead-acid (over 8 hours). However, they tend to heat up considerably under load (sometimes to the point of being unsafe to handle), and the battery cells are sensitive to temperature.

These two characteristics compound together and result in rapid loss of battery life, losing 20% of its factory capacity after 300 to 500 full charging cycles (approx. 2 or 3 years of daily use).

LiFePO4 batteries eliminate both problems: they not only have a much higher thermal resistance (they do not get as hot as Li-ion under load), but they also have a much longer service life.

On average, a Scott-Clark FMCPT battery will last over 3,000 full charging cycles before losing 20% of its factory capacity, which represents approximately 10 years of daily use.

The lead-acid chemistry is old, proven, and well-known for its high reliability, long battery life (up to 10 hours), and lower cost of ownership than other battery chemistries.

Unfortunately, SLA batteries are also well-known for being heavy. The lowest-capacity models range from 25 to 30 lbs. in weight, are large and cumbersome, and are challenging to replace. They make up most of the weight of a rolling laptop cart or a medical cart, considerably reducing their maneuverability and ergonomic value.

LiFePO4 batteries possess a capacity comparable to an SLA battery (up to 9 hours on a full charge) but in a much smaller factor. A standard Scott-Clark URB0012 battery weighs only 8.1 lbs. and features an ergonomic handle for easy replacement and transportation.

Healthcare personnel may need to use the same point-of-care cart for the entire duration of their shift, and any power-related workflow disruption can waste precious amounts of time. These situations are where advanced power system conveniences such as hot-swapping and dual-battery systems can be advantageous.

Hot-swapping is a feature allowing the user to uninstall and replace a low battery with a fresh one without the need for special tools or equipment. This system lets nurses insert and remove batteries as needed in a matter of seconds, keeping the cart’s uptime higher.

However, hot-swapping on single-battery systems causes the cart to lose power as the user replaces the battery. While it may not be an issue with a laptop cart (the laptop can still run on its own battery for a while), it will cut power to traditional computer carts and other connected peripherals.

A dual-battery system helps alleviate this issue. With two LiFePO4 batteries, a single cart has access to up to 18 hours of power. When one battery gets low, the system may continue running by switching to the other, keeping the cart powered even while replacing a battery.

Our mission at Scott-Clark Medical is to help you help others by giving you access to the safest and most advanced mobile computer carts possible. We offer new and used medical carts, our patented FMCPT power system and Life batteries, and retrofitting and refurbishing services to healthcare facilities worldwide.

For more information, send us a message using our contact form.