Mobile workstations power systems are an essential piece of technology for keeping medical digital equipment functioning. Previously, mobile workstations were bulky, hard to move, and had limited mobility largely due to lack of portable power.

At Scott-Clark Medical we’ve created a mobile power system that can work with many types of portable workstations. Our power systems eliminate the need to purchase a new battery for each workstation or to constantly search for a replacement to fit your workstation’s requirements. 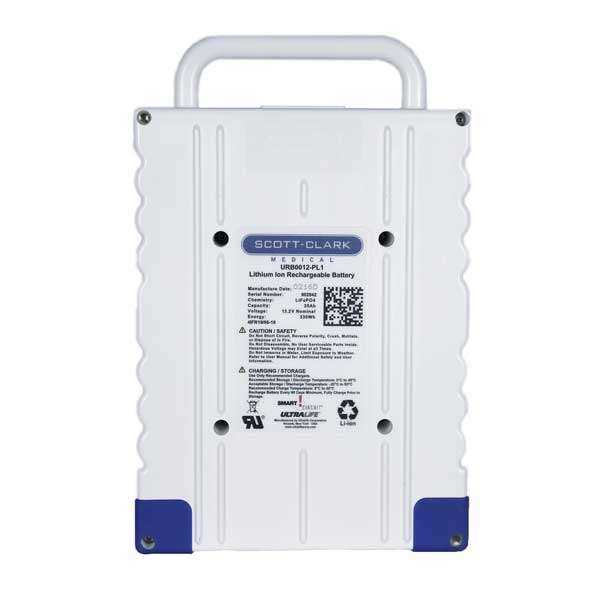 Flexible Mobile Cart Power Technology (FMCPT) batteries allow users to quickly switch a drained battery out – no more waiting for the old battery to recharge before being able to use the workstation again.

Instead of needing a separate unit to monitor the battery’s life, a light on the battery informs the user when the power system is running low. The FMCPT has a longer battery life of five to eight hours, ensuring that staff can get multiple uses per battery.

These mobile workstations power systems can be retrofitted onto most computer carts.

One of the benefits of using FMCPT is greater flexibility for the nursing staff. In the past, nurses had to shut down the cart to change batteries or park them in storage to charge them. The improved flexibility of FMCPT-equipped carts allows for extra productivity without the added stress of having to constantly monitor power levels.

Scott-Clark’s mobile workstations power systems monitor their charge automatically. When two batteries are present on the cart, it selects the battery to be used with requiring user input and won’t switch until the first battery is empty.